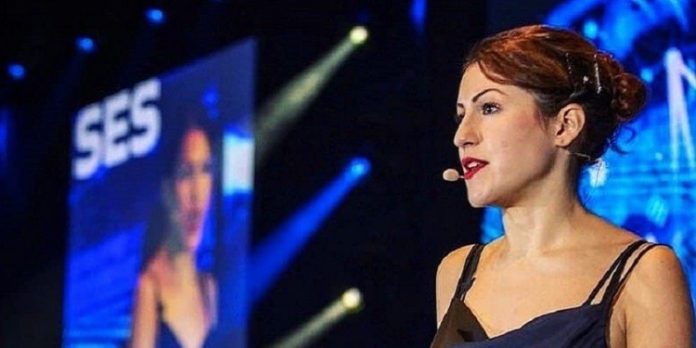 Bitcoin is at the tipping point of mainstream acceptance, and the wolves of Wall Street are feeling the pressure to invest in the digital currency. Eloisa Marchesoni, a believer in decentralized finance, reckons that soon enough, even countries’ gold reserves will be measured in bitcoin.

On Saturday, bitcoin reached a record high of $61,781. Its value has more than doubled in 2021, after quadrupling last year. Bitcoin’s weekend surge was helped by an improvement in risk appetite in financial markets after President Joe Biden signed his $1.9 trillion fiscal stimulus package into law and ordered an acceleration in vaccinations, Reuters reported.

“Investment by institutional investors and corporations is increasing. It’s what I call the financialisation of bitcoin,” Masafumi Yamamoto, chief currency strategist at Mizuho Securities, told Reuters.

World’s biggest investment banks, such as Citi, reckon bitcoin to be on the tipping point of mainstream acceptance.

In 2017, JPMorgan CEO Jamie Dimon called bitcoin a “fraud that will blow up.” This January, JPMorgan analysts claimed that bitcoin has emerged as a rival to gold and predicted it could trade as high as $146,000 if it becomes established as a safe-haven asset, Reuters reported.

Eloisa Marchesoni, an ICO, IEO, and STO advisor and co-founder of Blockchain International, does not doubt that bitcoin will become mainstream, and we will not have to wait long before it happens. Eventually, she believes, bitcoin will become not as volatile as it is today.

“Crypto bulls unexpectedly gained full control of the Bitcoin market on March 13th, which together with all the other hype factors (institutional adoption, for example) caused the bitcoin price to gain momentum and break the $60,000 resistance against the US Dollar. BTC is showing positive signs and it could continue to rise towards $70,000 in the short term, while the $40,000 level still remains a mid-term low,” Marchesoni told CyberNews.

What are the main bitcoin price drivers at the moment?

Some factors are due to the technology and to the protocol itself. Satoshi Nakamoto (person or persons who developed bitcoin) has planned it in the white paper, and bitcoin is slowly reaching all of its halving milestones. Mining is coming closer and closer to the total maximum supply. All this means that bitcoin will rise, and will eventually become not as volatile as we are seeing it now but rather a zero-risk asset that we can use as electronic gold in our portfolios.

Other factors are much more interesting and related to the political and historical times that we are in. Of course, given the COVID pandemic, a lot of whales have their capital locked in their wallets, and there’s not much that they can do with it, so they are getting crazy about speculation. Not just bitcoin but any other asset and any other crypto.

Also, as we are moving towards a cashless society, institutions are starting to buy into bitcoin. Partly because giant companies, like Google and Apple, see the speculative advantage and know that, once they pump bitcoin, they will at least be able to repay some of the debts that have become much worse with COVID. Those are some of the factors. It will rise more. Since I’m very much into decentralized finance, I hope that this trend becomes lateralized, which means not anymore dependent upon the altcoins and other factors.

You mentioned that bitcoin can become a zero-risk asset.

I don’t see bitcoin as money at all. I don’t think we’re ever going to use bitcoin for our daily transactions but rather ethereum-based coins. Not even ether itself. I see it as being the asset that we are going to refer to in order to analyze all of the other coins and sort of use it as a gold standard. Bitcoin is the best candidate to be this gold asset. Being on the blockchain is extremely transparent, and it is not possible anymore for countries and central banks to lie about their gold reserves, which they have been doing up until now.

Do you think that countries could keep their reserves in bitcoin instead of gold?

Yes, I do think that. I think that tech giants, as well as big cryptocurrency exchanges, such as Binance or Kraken, will play an important role. I’m asking myself whether the central banks and the big banks are going to buy these exchanges. I don’t think this will happen because the founders of such exchanges are crypto-anarchists. Or whether these exchanges will become so big to have their banking in decentralized finance. It’s sort of happening already. Uniswap exchange does function as a small retail bank. I think that eventually, the countries’ reserves will also be measured in bitcoin.

I used to design tokenomics (the study of how cryptocurrencies work within the broader ecosystem). At first, you choose the first actors to play the economics out. Other actors are reluctant and too big to onboard at first, and then they feel the fear of missing out. So they either fail and remain left out or are forced to adopt that sort of economic model. Not consciously. That has happened with bitcoin. I’m glad to be among those first actors that created that minimal viable ecosystem, and now big companies, politicians, banks, institutions are going to have to adopt it. I’m not necessarily saying bitcoin, but the underlying technology (blockchain) and what all of that brings along is something that they cannot ignore anymore. It will become a new standard.

If bitcoin becomes widely accepted, how will it affect other digital coins?

I see bitcoin like electronic gold sitting around, like storage of capital. I see other coins based on the ethereum blockchain being used for ordinary daily transactions or daily tasks, even if you have to communicate with your smart objects in your home. There is a lot of speculation around decentralized finance and crypto coins. This reality seems utopian, so we are just speculating on it rather than putting our minds to developing it. But when this bubble pops, these coins are used daily, and their price will be more or less stable or at least following a known trend.

We are going to keep bitcoin and ether in our wallets for speculation. Just like we do it with gold, silver, oil, and gas. That’s what I see. Blockchain technology will become the new HTML standard for everything that we do. I think we are having so much trouble getting rid of the pandemics, we don’t want a new one, or we want to be prepared, and society needs to be contactless and cashless.

How is the recent rise in bitcoin’s price different from the one we saw, let’s say, in 2017? Bitcoin then rose to $20k but then plummeted 80%.

I trade myself, and I have a team with an achieved trader that does technical trading since 2012. We expect Bitcoin to go back down, which would be healthy for the market. An asset like this can not keep pumping so much unless it is a bubble. And we don’t want it to be a bubble. The lowest level that we are expecting is around 41k dollars. We are still seeing the bitcoin surge, just not so much as a bubble as it seems to have been in the last three weeks.

More than 60% of bitcoin mining capacity is based in China. A significant portion of Bitcoin is mined in Xinjiang, infamous because of human rights abuses and mistreatment of ethnic minorities. Can ethical considerations like this prevent Bitcoin from becoming mainstream?

Green mining farms have not proven to be the most competitive at the moment. Of course, I’m not happy with the situation, but alone I can’t really do anything. I think also there’s a reason why the market is still choosing to buy and keep bitcoin even though we all know where it is mined. It is a new revolution, and just like in the industrial revolution, many industries were abusing human rights, causing cancer, and ruining the landscape. It was awful. It is something that has to happen. Unfortunately, we only take a stand when something major happens, and that also has been the case with COVID. I’ve been traveling with a mask even before COVID, and everyone was laughing at me. Now, we are all forced to do it. It is the same thing. I would say that it’s bad, I don’t like it, I love green mining farms, but they are not competitive, and eventually, this new revolution will find its high standards.

When do you think all this will happen? When will bitcoin become mainstream?

I honestly think five years. It’s an accurate estimate. It has been a good five years of adoption until now, and the innovation curves usually tell us that technology needs about ten years to go from a sort of liquid state to a more specific and solid-state where the society already knows how to use it, and it has become an asset in the economy. So, given that five years have passed by, another five I think is what we need. It may even be faster due to the pandemics, but I don’t want to be too optimistic.

Should I invest in bitcoin being an individual investor, or should I leave bitcoin matters for institutional and professional investors?

I think it’s good to buy some bitcoins. Of course, if you are an individual investor and you want to speculate, I would not say go on bitcoin. I would say invest in decentralized finance and find penny coins – coins that are cheap and grow 30% daily when the market is up, which is a lot of money. That opens up the crypto world to the masses that only have 2-3 thousand dollars to start with. I would say buy Bitcoin if you have $20k that you were going to keep in your bank account and not going to touch for 3-4 years. Then I would say buy bitcoin, do not look at it, do not panic if it goes down or up by $10k, because eventually, you are going to have a lot more than $20k that you have invested in the beginning because bitcoin is going to go up.

Scientists are excited about taking the quantum leap

The ‘1977 trinity’ and other era-defining PCs

Another earthquake in cybersecurity: an in-depth look at the Microsoft Exchange ProxyLogon zero-day flaws