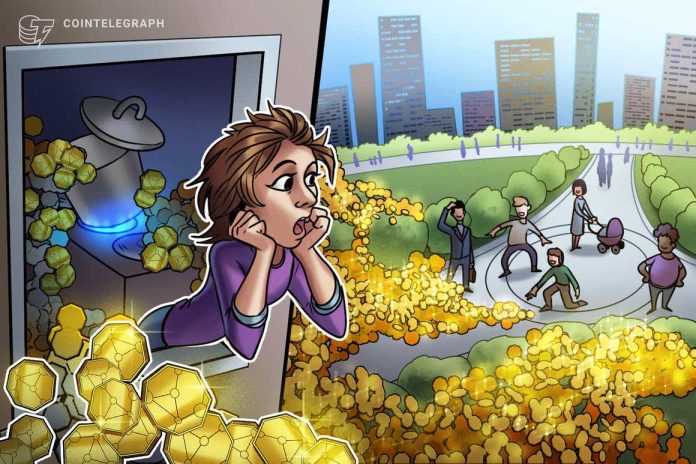 1/3 We have identified a large-scale security breach related to one of our ETH hot wallets and one of our BSC hot wallets. At this moment we are still concluding the possible methods used. The hackers were able to withdraw assets of the value of approximately USD 150 millions.

Soon after BitMart CEO Sheldon Xia confirmed the hack, Huobi announced it would help BitMart track the inflow of assets on its exchange and report matches to the stolen funds.

Huobi will do our best to assist #BitMart in handling this issue. If there are any inflows of related assets, we will report and assist in a timely manner.

Speaking to Cointelegraph, Huobi director of global strategy Jeff Mei suggested that transparency and quick responses are essential in dealing with such attacks:

“Exchanges should alert their users, other exchanges and law enforcement authorities as soon as possible and be transparent about what they are doing to handle the hack and the loss of user funds.”

Mei also stressed that users should not pool all of their assets on a single platform or a single wallet. He advised users to closely research safety measures of a platform before investing and promptly notify the personnel of the relevant exchange if they become aware of any potential security incident.

Even though the core of our project is decentralization, we want to show our support and give some love to our friends at @BitMartExchange, who are already working hard to fix the security incident that happened yesterday. pic.twitter.com/CJZjQHaP59

Xia also said the exchange would compensate affected investors with its own funds. “We are also talking to multiple project teams to confirm the most reasonable solutions such as token swaps. No user assets will be harmed,” he added.

The hack forced the exchange to stop all withdrawals and deposits temporarily. However, Xia is confident BitMart will have resumed services by Tuesday.

As Cointelegraph reported, Synapse Bridge prevented a hacker from stealing approximately $8 million worth of cryptocurrencies:

“Over the past 16 hours, we encountered and discovered a contract bug in the way that the AMM Metapool contracts handle virtual price calculations against the base pool’s virtual price.”

While the threat was averted, Synapse Bridge soon deployed new nUSD pools to strengthen its security against similar attacks.

DApp activity rises 3.7% in August for the first time since...