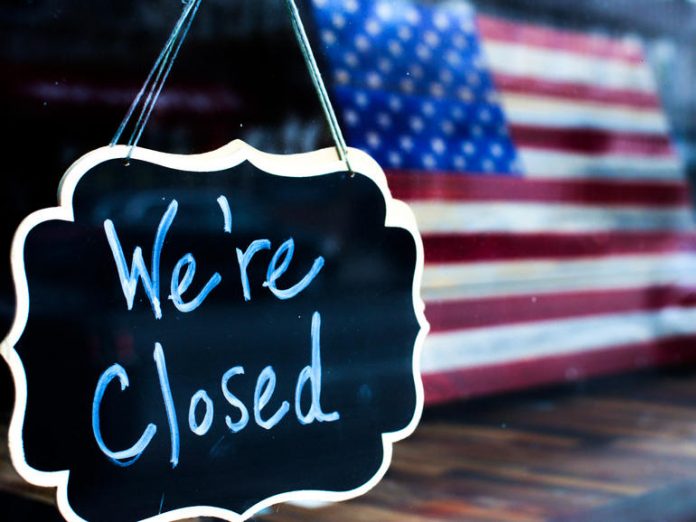 I’d like to say that these last weeks have been like nothing we’ve ever seen before in America. But that’s not true. There have been numerous internally-driven insurrections against the American government. There was Shay’s Rebellion, the Whiskey Rebellion, Fries’ Rebellion, and even the formation of the State of Muskogee — and all of these were just in the first 25 years of the Republic. And, of course, there was the American Civil War.

But — make no mistake about it — there hasn’t been a direct assault anything like we saw in Washington on January 6 for a really long time. There have been protests and pushbacks against various pieces of legislation. There have certainly been issue-driven protests that turned violent. But armed attackers attempting to block an American election, entering America’s seat of government, forcing legislators to flee out of fear for their lives, and then causing the deaths of five Americans? No, that’s pretty new to any American alive today.

Unfortunately, it’s probably not over. The FBI has warned of possible armed protests and violent actions against individual state capitals and the US capital. This coming week is inauguration week, and tempers are running hot.

It’s not just lawmakers who are concerned. Businesses and enterprises are worried they might be victims of attack as well. Here are just a few examples of measures being taken: Starbucks in New York City is temporarily closing, as are businesses in downtown Madison, Wisconsin. Raleigh, North Carolina has an expanded police presence to protect people and property. Businesses in downtown Columbus, Ohio are bracing for attacks. Businesses in Denver are boarding up in preparation for inauguration protests and violence.

Even suburban Tigard, Oregon, home of my Apple Store and my local Rockler tool mecca, is dealing with rioting. Add to all that the chaos that’s occurred right here in Salem, Oregon’s state capital.

To say businesses are worried is an understatement.

Doing business safely is very important. Those of us fortunate enough to have jobs rely on business to help us put food on our tables. Communities rely on business as well. But managers and employees are scared. Some businesses have already been vandalized. Financial stress is very real, especially now.

While probably none of us are truly innocent, many businesses are just trying to get by. Business owners may feel that they are not directly contributing to the current unrest, and may even be actively working towards helping alleviate suffering.

Of course, much of how we do business — the coldness, the unfairness, the greed, the racism and sexism inherent in the system — has definitely contributed to conditions that are causing strife in America, but that’s a very big subject that’s outside of the scope of this column. Today, we’re just going to look at how to protect your company and your people.

To protect your company, the Virginia Fusion Center (VFC) has some guidelines that might help. The mission of the Fusion Center is “to fuse together key counterterrorism and criminal intelligence resources from local, state, and federal agencies as well as private industries in a secure, centralized location, to facilitate information.”

The following guidelines were provided to InfraGard members with a request that we share this information with our constituencies. As such, much of the following is directly quoted from the VFC guidance for businesses concerned about dealing with civil unrest.

1. Stay informed – Depending on where you live, protest organizers are required to get a permit before demonstrating publicly. Most protesters advertise their events to garner more participation and coordinate the protest with police officials. Keep up to date on events in your community by contacting local officials or viewing your city’s website for posted information on upcoming events. Moreover, stay abreast of emergency protocols in your area.

2. Reduce building weaknesses – Determine what makes your storefront [or office or factory] more vulnerable. Are there dark alleys and large windows? A building should have adequate lighting at all entrances along with security cameras with alarms to capture intruders on tape and notify police automatically. Windowless doors made from steel and deadbolts help to deter vandalism.

3. Close your store [or office or factory] – Sometimes closing your store [during times of unrest] is the best decision to ward off losses. Your prime concern is the health and safety of employees and consumers, as well as preventing physical damage to property. You can also adjust store hours and reduce the number of employees who work based on city curfews. Gain guidance from governing officials as to the safest time to remain open.

4. Revise your schedule – If you expect deliveries, reschedule them for a different day or week. You also don’t want to be meeting with clients or staff when a protest is ongoing. Keep staff members informed of safety plans, so they know what to expect.

5. Call the police – If trespassers look suspicious and won’t leave your property, get police assistance immediately. It’s not advisable to take matters into your own hands or use firearms as a means to protect your premises.

The Fusion Center recommends you keep an eye out for the following eight indicators of suspicious activity. If you find such activity, you can report it to your local police department, or to the Fusion Center directly. Here’s what to watch out for (again, quoted directly from the fusion center’s guidance):

1. Surveillance – Someone recording or monitoring activities. This may include the use of cameras, note taking, drawing diagrams, annotating on maps, or using binoculars or other vision-enhancing devices.

2. Elicitation – People or organizations attempting to gain information about military operations, capabilities, or people. Elicitation attempts may be made by mail, email, telephone, or in person. This could also include eavesdropping or friendly conversation. [Also, keep an eye out for any social engineering attempts. –DG]

3. Tests of Security – Any attempts to measure reaction times to security breaches, attempts to penetrate physical security barriers, or monitor procedures in order to assess strengths and weaknesses.

5. Supplies – Purchasing or stealing explosives, weapons, ammunition, etc. This also includes acquiring military uniforms, decals, flight manuals, passes or badges (or the equipment to manufacture such items) and any other controlled items.

6. Impersonation – People who don’t seem to belong in the workplace, neighborhood, business establishment, or anywhere else. This includes suspicious border crossings, the impersonation of law enforcement, military personnel, or company employees is also a sign.

7. Rehearsal – Putting people in position and moving them around according to their plan without actually committing the terrorist act. An element of this activity could also include mapping out routes and determining the timing of traffic lights and flow.

8. Deployment – People and supplies getting into position to commit the act. This is the person’s last chance to alert authorities before the terrorist act occurs.

In addition to your local police and the fusion center, you can contact the FBI. Contact the FBI’s Toll-Free Tipline at 1-800-CALL-FBI (1-800-225-5324) to verbally report tips. You may also submit any information, photos, or videos that could be relevant online at fbi.gov/USCapitol. You may also contact your local FBI office or the nearest American Embassy or Consulate.

Finally, if your job necessitates that you put yourself directly in harm’s way by attending the protests for the purpose of reporting on the events unfolding, keep in mind the following set of quick tips:

Please be careful. As grandma used to say, an ounce of prevention is worth a pound of cure. Here’s to a happy 2021, because it’s already soooo much better than 2020.

What are you doing to protect your business? Have you implemented any technical solutions? Share with us in the comments below.

Disclosure: David Gewirtz is a member of InfraGard, a partnership between the Federal Bureau of Investigation (FBI) and members of the private sector for the protection of U.S. Critical Infrastructure.

Cybersecurity: Do these things to keep your business safe from hackers,...