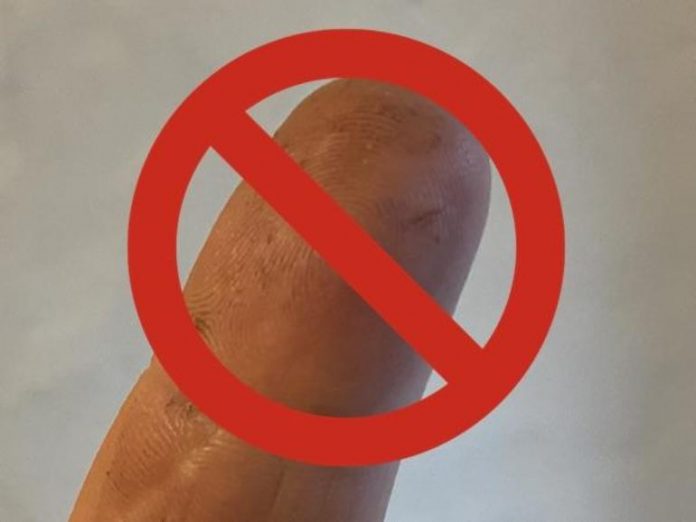 Fingerprint readers are great. When they work.

One thing I’ve noticed since switching to an iPhone with Face ID instead of Touch ID is how much faster and more accurate using my face is than using my fingers.

Not only is fingerprint placement on the sensor critical, but people who work with their hands will find that their fingerprints can wear to the point where they become unreliable (but not enough for you to get away with crimes, in case you’re wondering).

If you work with your hands outdoors or as a technician or mechanic, this will be an issue, but it’s also an issue– if not a bigger issue — for people with demanding hobbies such as rock climbing or weight training.

Add to this the fact that if you are someone who works with your hands, chances are good that your hands aren’t always clean. Oil, dirt, and adhesives can all affect your prints (just today, I got some epoxy resin on my Mac’s fingerprint reader — fortunately for my wallet, it came off!).

I’ve come across four workarounds to this problem.

Must read: Switching to Signal? Turn on these settings now for greater privacy and security

Give your device the middle finger

Use your middle finger as the default. Sure, it takes a little bit of getting used to, but I’ve found that the fingerprints on the middle finger takes less battle damage than other fingers, especially the index finger, and is yet dexterous enough to use (I’ve tried using the pinky, but it doesn’t want to play ball!).

I find using the middle finger particularly good for Android smartphones that have the fingerprint reader on the back, or the Touch ID pad on Macs.

Another trick I find works well is to program in the same finger with Android or macOS several times over a period of time. This way, it learns to read your fingerprint through the random scuffs and scars.

This is useful for those who don’t want to change the finger they use to unlock their smartphone.

Go on the side

Rather than using the pads of the fingers (the parts that get fragged the most), use the sides, especially the thumb. Again, it’s a spot that takes less damage.

I find this works really well for smartphones with side-mounted fingerprint readers on Android smartphones.

Enroll your fingerprint with the system the way you expect to be holding or using the device. With a new system, you might not know what this natural, comfortable way is until you’ve used it for a few days, so go through the process a second time if you feel like it’s not catching your prints accurately. I know that initially when I enrolled my fingerprints on my MacBook Pro, I was jabbing at them completely differently to the way I would use them in real life, and this affected accuracy a lot.

Microsoft did some research. Now it’s angry about what it found