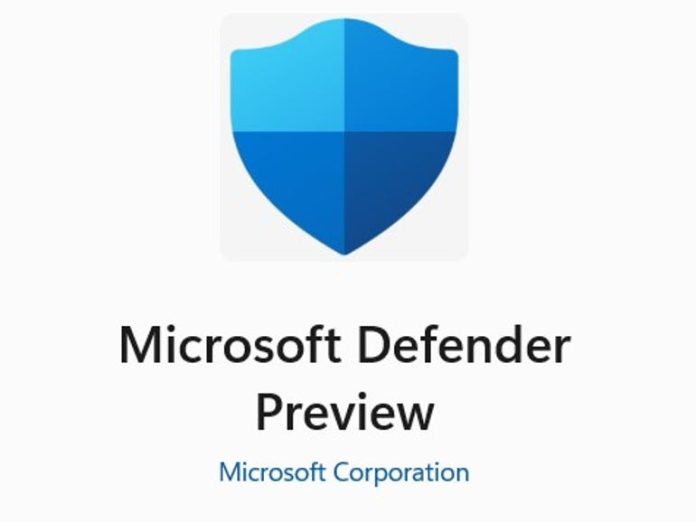 Microsoft looks to be close to launching a preview of a version of its Microsoft Defender for Windows security product for consumers interested in protecting a ‘family’ group of devices. This version of Defender, codenamed “Gibraltar,” as BleepingComputer.com reported last year, has been in testing inside Microsoft for a number of months. A placeholder for the preview has been in the Microsoft Store for a while, but the actual Defender preview itself is now available in the Microsoft Store for U.S.-based users to download and install. (Thanks to @ALumia_Italia on Twitter for the heads up.)

The new Defender app is meant to offer “your personal defense against cyberthreats.” More from the Store description:

“Easily manage your online security in one centralized view, with industry-leading cybersecurity for you, your family, and your devices. Stay safer with real-time notifications, security tips, and recommend steps that help keep you ahead of hackers and scammers for your peace of mind.”

The Store page notes that no subscription is required for the Microsoft Defender app during preview; users can download and log in using their personal Microsoft account. However, in the future, this version of Defender will require a Microsoft 365 Family or Personal subscription, the page adds.

The Defender preview will provide consumers with a centralized view for managing and monitoring their online security status. They’ll be able to see the status of their Windows PC plus up to four additional devices (as long as they are signed in using the same personal Microsoft account), including phones and Macs. Users will be able to add or remove devices and view malware protections on all covered devices. The app will also provide recommendations for ensuring better data, computer and phone protection, delivering security tips, and providing real-time security alerts.

Simultaneously, Microsoft has been rebranding a number of products from Windows-something to Microsoft-something (example: Windows Store is now Microsoft Store). Microsoft Defender is not the rebrand of Windows Security — which, to add further to the confusion, was formerly known as Windows Defender. For now, the Defender antivirus product is part of the Windows Security app that is built into Windows 10 and 11.