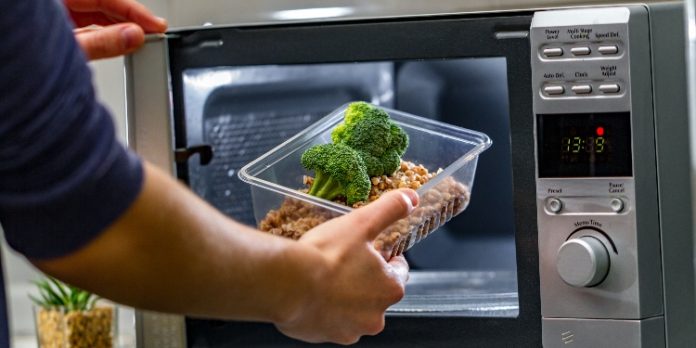 Slow WiFi at home? Don’t rush to turn off your VPN or restart your router. The truth is, it could be your microwave that’s causing all the havoc.

A strong WiFi signal at home is important as never before as many companies are switching to a hybrid work model, which means that you will still attend many meetings from your couch. Many people believe that video during the call slows down the internet connection.

Besides turning the video off, users also rush to restart their routers. Some even believe that hitting the router will solve the problem. If anything, it can only make things worse.

How can you speed up your connection? Well, put it away from your microwave and place it at the center of your apartment.

With 79 million ready meals eaten in the UK every week, a survey commissioned by Zen Internet has found 75% of respondents don’t realize that popping one in the microwave could be causing dodgy WiFi signals if the router is placed too close. In general, you should avoid placing your router in the kitchen as electromagnetic waves from the microwave can interfere with your WiFi signal.

“The past year has entrenched our reliance on a solid internet connection with home broadband suddenly being used for work and leisure throughout the day. However, there are still steps that users can take themselves to maximize the potential of their broadband,” Paul Stobart, CEO at Zen Internet, is quoted in a press release.

A survey carried out in the UK also found that 8% of people believe hitting their router will improve connectivity. Needless to say, it will not solve the problem.

As remote working has risen too, many people have turned to video calls to keep connected with colleagues and customers. Many believe the video element is adversely affecting their connection. 40% are convinced that turning off video on conference calls improves connectivity.

Experts argue that today’s internet speeds are more than a match for videos. So, if issues are occurring, they’re likely to be caused by a broader problem.

Other top misconceptions include:

Microsoft: 2020 was the year we almost said goodbye to passwords