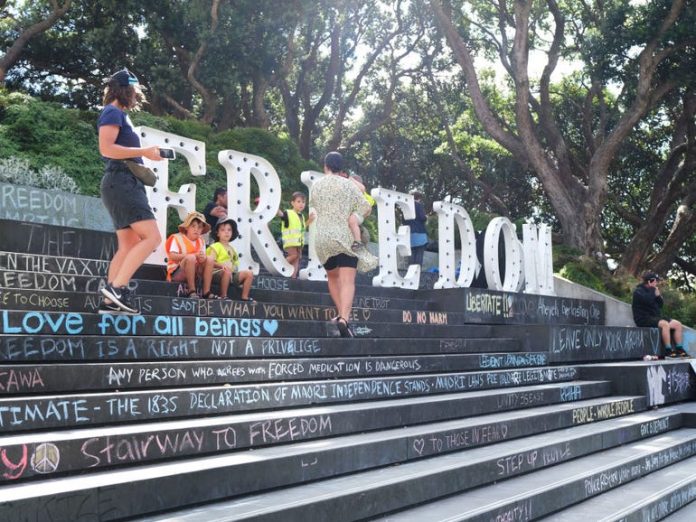 Chris started his journalistic adventure in 2006 as the Editor of Builder AU after originally joining CBS as a programmer. After a Canadian sojourn, he returned in 2011 as the Editor of TechRepublic Australia, and is now the Australian Editor of ZDNet.

As Australians wake up on Monday with a new government after sending the Morrison-led one packing, this past election campaign has been one of the more shouty and incorrect elections in recent times, and not only from the candidates.

One of the more commendable efforts this time around has been the misinformation bubble-bursting work undertaken by the Australian Electoral Commission (AEC) on Twitter. Rather than just being a boring corporate account, it has got sassy and has been stomping on any misinformation or disinformation it comes across.

After watching electoral messes overseas, the AEC clearly formed a view that politely and meekly engaging was not an option to head off one of the biggest scourges of being online in the 2020s, and if the pilled mob are going to claim the election is rigged regardless of counter arguments, the AEC might as well have a proper go at them and take an infinitesimal shot at piercing their reality.

For an example of how far misinformation can travel online, last week researchers of The Disinformation Project at Victoria University of Wellington released a study on how misinformation played into the New Zealand copycat version of the Canadian protest convoy earlier this year.

In the first week of the New Zealand protest, misinformation and disinformation peddlers were able to garner more video views on Facebook than the entirety of the mainstream media in the nation.

“On 11 February, video content by mainstream media was viewed less than the day before, while engagement with mis- and disinformation accounts remained about the same,” the researchers said.

“Mis- and disinformation ecologies are heavily laden with conspiratorialism, Covid-19 denialism, and other harms, including from QAnon wellsprings in the United States, imported into Aotearoa New Zealand.”

By March, the researchers found 73% of interactions were driven by a dozen misinformation accounts, and the classic, older conspiracy theories were rising in prominence to such an extent that some protesters “took to wearing hats made from tinfoil as protection”.

Once the Ukraine invasion kicked off, the disinformation network shifted to parroting pro-Kremlin talking points.

“By the end of March, in what was a sustained and stark content signature, every domestic telegram channel studied had pivoted to a near-exclusive framing of the Ukraine war through pro-Putin and pro-Kremlin frames,” the researchers said.

“An inability to distinguish between real, fictive, and imagined events is a consequence of information disorders and the expansion of online mis- and disinformation into offline realities.

“These are significant challenges facing Aotearoa New Zealand society and government that must be addressed.”

The implications for being complacent about disinformation, the researchers warned, is ending up in a place where people have vastly different views on how events unfolded and what actually took place.

The obvious example of where this ends up is how America is still wrestling with the events of January 6, 2021.

Australia has looked at granting powers to curb disinformation and misinformation on social media, and the AEC said earlier this year that all platforms would increase resourcing for election monitoring.

Coming into the six week election campaign, the AEC misinformation-fighting crusade had a succinct slogan: Check the source.

But what if the misinformation is coming from inside the house and it is something that is found on the AEC’s disinformation register?

No less than former Prime Minister Kevin Rudd falsely claiming voting for one party means you end up voting for another. This is a piece of misinformation the AEC addressed in January, and the nub of it is thanks to Australia’s preferential system — voters control where their votes go, not parties.

This trope has been repeated from all sides of the spectrum, but with Labor looking to get over the line and form a majority government, Rudd’s replacement in the seat of Griffith tried to claim a vote for any of the three major parties other than hers would result in a Morrison government.

Apart from the seriousness of spreading outright disinformation about how preferential voting in Australia works, there is the sillier idea of left-wing Greens supporting a right-wing government they’ve said they want to boot out. It is simply preposterous — and it turns out the universe is not without a sense of humour, as Griffith appears to have shifted Green, and yet the conservative government has been ditched.

As psephologist Kevin Bonham points out, misinformation is not against the law, and the AEC is hamstrung to do anything itself; it is not a policing agency and does not regulate truth in advertising.

It’s just something else that politicians are exempt from. You might be a wholly incorrect but genuine anti-vaccine truther that finds themselves booted off a platform, and yet a politician who very much knows how voting works can fib their way to victory without repercussions. It’s the sort of hypocrisy that “do your own research” types loves to point at.

Dealing with misinformation is fast approaching being table stakes for being online, for both users and platforms, and no doubt lawmakers are going to try to stem it — but politicians are not coming to the fight with clean hands.

Restoring public faith in politics and democracy has a long way to go when even those who have risen to the top of the pile will tell porkies on the most sacred parts of the electoral process for a measly few votes.

ZDNet’s Monday Morning Opener is our opening take on the week in tech, written by members of our editorial team. We’re a global team so this editorial publishes on Monday at 8:00am AEST in Sydney, Australia, which is 6:00pm Eastern Time on Sunday in the US, and 10:00PM GMT in London.