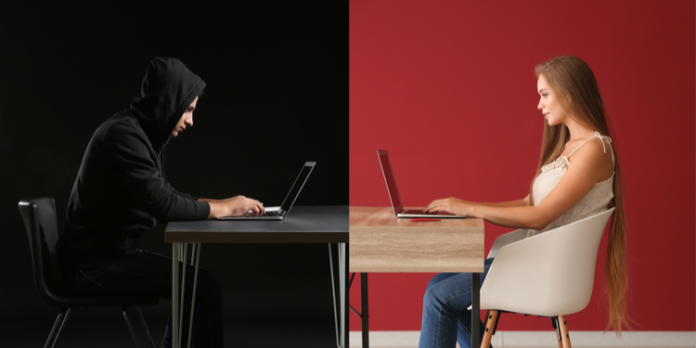 A UK-based scammer conned several women out of £20,000 after persuading them to lend him money via dating sites.

Osagie Aigbonohan, 41, originally from Lagos, Nigeria, preyed on 670 women. He contacted them through dating and social media sites, claiming to be broke after paying for the funerals of several people who had died in a car accident.

According to the National Crime Agency investigation, using the name ‘Tony Eden,’ Aigbonohan struck up a ten-month relationship with one victim last year via a dating site and persuaded her to lend him money to hire drilling equipment for his overseas business.

The victim made nine transfers, totaling £9,500, into various accounts held under fake identities, with the money eventually making its way into a personal account held by Aigbonohan.

Data from Aigbonohan’s phone showed that he also received money from at least eight other victims. One of the women targeted was terminally ill, with Aigbonohan continuing to pursue her even after she had passed away.

On 14th January, Aigbonohan was sentenced to 28 months after pleading guilty to fraud and money laundering charges.

“This is a typical pattern of romance fraudsters; they work to build rapport before making such requests. Romance fraud is a crime that affects victims emotionally and financially. In some cases, it impacts their families,” Dominic Mugan, NCA Operations Manager, Complex Finance Team, said in a press release.

As we head towards Valentine’s Day, people should be more vigilant and take online romance with a pinch of salt. FBI data shows that romance scams are second only to business email compromise and email account compromise (BEC/EAC) attacks in terms of financial loss. Victims of romance fraud in the US lost over $475 million in 2019 alone.

On average, individual loss in a romance scam stands at $2,600, and victims repeatedly send money. People aged 40 to 69 are among the most susceptible to romance scams, which strongly correlates with an increased sense of loneliness in the age group.

“From news reports, we learned one victim lost £63000 (~ $87000). There are additional news reports in the UK of these scams, with one victim losing £35000 (~$45000) to a scammer who contacted them through Facebook, and another who lost £20000($25000) after being scammed by someone who contacted through Grindr. In the latter case, the victim made an initial deposit, transferred money to a Binance application from their bank and then to crooks; they were then asked to deposit more funds in order to withdraw their money. None of these victims have gotten their money back,” Sophos research reads.

In the first half of 2021, the FBI’s Internet Crime Complaint Center (IC3) received over 1,800 complaints related to online scams that resulted in losses exceeding $130 million in the US alone.

The new wave of SMS scams are not just for Christmas

VPN Unlimited deal: Save 80% on a lifetime subscription for 5...