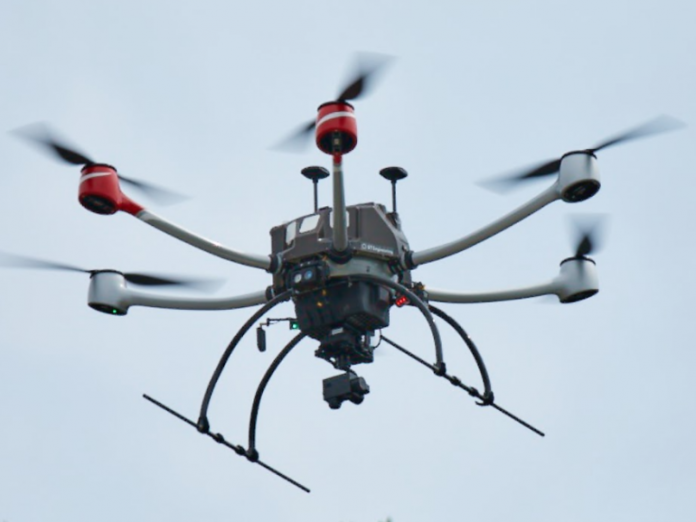 Singapore is sending out drones to monitor water quality and activities at its reservoirs. It hopes this will reduce the number of hours currently needed to perform such tasks by 5,000 man-hours.

Officers currently spend 7,200 man-hours a year carrying out various duties at these water catchment areas across the island. These include daily patrols to identify excessive growth of aquatic plants and algal blooms, which could affect water quality. Data also is collected on water activities, such as fishing and paddling, in and along the edge of the reservoir to ensure these are carried out safely.

Singapore’s water agency PUB said in a statement Thursday it would deploy Beyond Visual Line of Sight drones to initially monitor two reservoirs–MacRitchie and Marina–before another another four to the roster later this year. These would include Serangoon, Kranji, Lower Seletar, and Lower Peirce.

After tilting last year’s budget towards ’emergency support’ in light of the global pandemic, Singapore’s government will spend SG$24 billion ($18.1 billion) over the next three years to help local businesses innovate and build capabilities needed to take them through the next phase of transformation.

The drones would be equipped with remote sensing systems and a camera to facilitate near real-time video analytics. They had been designed specifically to monitor water quality and activities, said PUB, a statutory board that is responsible for Singapore’s water supply and catchment as well as used water.

Drone flights at Marina and MacRitchie would be deployed four days a week, at regular intervals throughout the day. These would run at a lower frequency, of one to two days weekly, at the other four reservoirs.

Tapping a network of rivers, canals, and drains, rainwater on two-thirds of the city-state’s land area is redirected to 17 reservoirs and harvested for potable consumption.

According to PUB, the drones would be able to survey large areas of the reservoir and collect “comprehensive data”. They also would send out alerts when certain activities were detected, such as illegal fishing.

Local vendor ST Engineering had been contracted to deploy its drone operating system DroNet, which had been further customised to cater to PUB’s needs. Trials were conducted at the reservoirs last year.

The drones would be stored at an automated pod, from which it would take off and land autonomously. Each would fly on pre-programmed flight plans within the reservoir compound and remotely monitored by an operator.

The drone’s remote sensing technology would analyse the water for turbidity and algae concentration, which would provide indications of water quality. Where necessary, PUB officers would visit the site to collect water sample for laboratory analysis.

Video analytics algorithm also had been developed, and tested, to identify aquatic plant overgrowth in the reservoir using live video feed from the drone’s camera.

PUB officers would monitor the video feed as well as data via an online dashboard. When illegal water activities were detected, near real-time alerts would be sent to a dedicated Telegram channel, which officers could access via their mobile phones.

The agency said cameras on the drones would not gather personal data including facial recognition. Their flight plans also would not be near residential areas.

Noting that Singapore’s reservoirs were an important source of water supply for the population, PUB’s director of catchment and waterways Yeo Keng Soon said it was challenging in terms of manpower to effectively monitor what went on at each reservoir and ensure the reservoirs remained in optimal condition.

“Our use of drones is in line with PUB’s commitment to leverage technology as part of the SMART PUB roadmap to improve our operations and meet future needs,” Yeo said. “With the drones, we can channel manpower to more critical works, such as the inspection and maintenance of reservoir gates, as well as pump and valve operations. The drones also act as an early warning system that enhances our response time to the myriad of issues that our officers grapple with on a daily basis.”