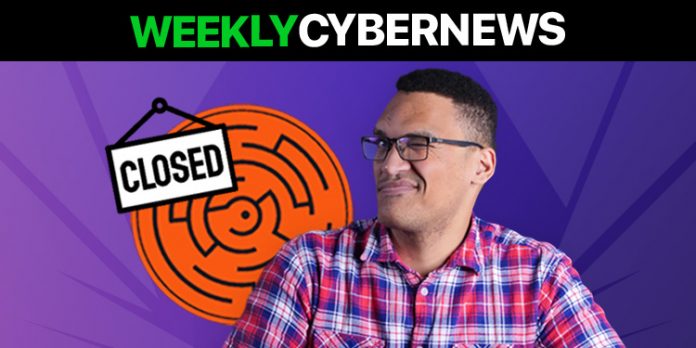 You can watch a video of the roundup below:

One of the biggest ransomware groups in the world, the Maze cartel, has decided to retire early at the top of their game. They are credited with revolutionizing the ransomware industry, by using a double extortion tactic, where if a company didn’t pay the ransom, Maze would release that data online.

This has been adopted by other ransomware groups like REvil, Clop and DoppelPaymer. Affiliates that worked with the Maze cartel are moving or have moved over to Egregor. Now, ransomware and ransomware groups especially, this is one of the most important, top trending topics of 2020 and beyond, and here at CyberNews we’re pretty sure we’re going to be hearing a lot about this.

In related news, REvil ransomware group has acquired the source code for the KPOT trojan for $6,500. They are expected to further develop it and add it to its growing arsenal of tools.

In other data news, which is not related to a ransomware attack, Sweden’s largest insurer, Folksam, accidentally leaked private data on about one million of its customers to a handful of the world’s largest technology companies. The data included social security numbers, widely used in Sweden for everyday activities including banking, and information on who had bought pregnancy insurance, Folksam said.

Google recently fixed two zero-day vulnerabilities for its Chrome browser, which applies both to Android and desktop. A zero-day vulnerability is one that hasn’t been fixed yet, but is actively being exploited. One zero-day is a remote code execution bug in Chrome’s Javascript engine, while the other affects Android.