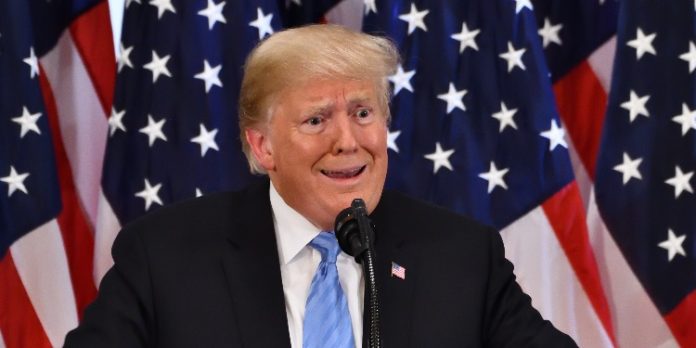 President Trump’s campaign website was briefly hacked on Tuesday morning, just a week after he claimed that “nobody gets hacked.”

Unknown adversaries took over parts of the page, and replaced them with what appeared to be a scam to collect cryptocurrency, TechCrunch reported on Tuesday.

Hackers claimed that they got full access to “trump and relatives,” and that “trump-gov is involved in the origin of the coronavirus.”

The page was hacked for only a couple of minutes. Campaign communications director Tim Murtaugh confirmed the hack.

In 2016, the Dutch researcher and two others guess Trump’s previous password, which was “yourefired.”

Last Monday, Trump’s claim that nobody gets hacked unless a hacker is a genius went viral.

“Nobody gets hacked. To get hacked, you need somebody with 197 IQ and he needs about 15% of your password,” Donald Trump said just last Monday.