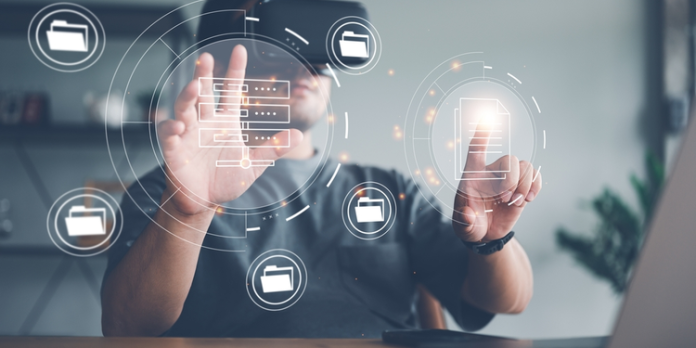 Ever since Mark Zuckerberg announced that Facebook was to be renamed Meta, the hype surrounding the metaverse has been considerable.

While digital twins have been around for some time and indeed are already a $3.1 billion market, there has also been considerable interest from more knowledge-based suppliers. For instance, Microsoft has targeted its Mesh platform squarely at knowledge work by integrating mixed-reality with Teams.

Advocates of the metaverse marvel at the potential for mixing the physical and virtual realms, both by accurately representing the physical in the virtual world and augmenting the physical world with virtual data and items. They believe that this will allow people to work, socialize, and even worship in an environment where the boundaries between physical and digital are both blurred and permeable.

Despite the consumer-facing version of the metaverse being more of an idea than a real thing thus far, there have already been concerns about the potential for cybercriminals and others with malicious intent to start using it for criminal activities, whether for fraud, disinformation, money laundering, or child exploitation. Indeed, as research shows, the malevolent is often nothing if not creative in finding new ways to do harm, with the researchers concerned that it could even extend into terrorist activity.

Suffice to say, there has never been a technology invented to date that did not have the potential for both good and bad, and the metaverse will certainly not be any different. That should not prevent us from exploring the possible harm the platform could cause to society, however.

For instance, it could act as a fertile environment for recruitment, whether into criminal gangs or into terrorist cells. The web has become the bedrock of recruitment for all forms of modern extremism in recent years, and the metaverse promises to exacerbate the problem by making it easier still to meet up. Indeed, with technologies like deep fake videos rapidly progressing, it’s feasible that Osama bin Laden could be resurrected in digital form to give talks and recruit the next generation of jihadists.

For many years, the web has provided an array of social tools to help groups liaise and coordinate activities. Indeed, the use of encrypted chat apps for the purpose of coordinating activities has been well documented, especially when those activities are illegal and participants wish to avoid detection.

The metaverse could make things that much more serious given its potential to allow accurate replicas of physical environments to be created. Terrorists wishing to target a particular building, for instance, can create realistic replicas and walk through their planned attack with those involved. This would allow them not only to effectively train for the attack itself but also to plan alternative strategies should their initial plan be disrupted for whatever reason. The use of augmented reality could then be used when conducting the actual attack to provide directions or identify targets.

That this coordination could all be done from anywhere in the world is one thing, but the terrorist could also conduct their virtual activities under the guise of an avatar that could take on whatever form they choose, thus helping them to keep their activities hidden.

The rise of both virtual and mixed reality spaces also raises the prospect of new kinds of attacks on new targets. For instance, events and buildings in the virtual world could be harmed, such as by defiling religious buildings or disrupting normal activities, such as work or banking.

Any potential festivals or events hosted in the virtual world would also represent an obvious target, albeit with clearly fewer implications than attacks on such events in the physical world. While such attacks may indeed cause minimal physical harm, with serious money being bandied about on virtual goods and virtual real estate, they could nonetheless result in high financial costs for the victims.

As society begins to get a better idea of just what the metaverse could be capable of it will also hopefully gain a better appreciation for some of the harm that malicious actors could cause. It’s likely that the first organizations to stake their claims to the new space will be corporations, and while there have been various murmurs about companies being better corporate citizens, it’s likely that it will require state and law enforcement agencies to truly ensure that the metaverse is a safe space.

We’re probably a few years off from these threats being a serious issue for society, but that means we have a few years to prepare the ground and make sure that the platform doesn’t become a force for the ill in the world.