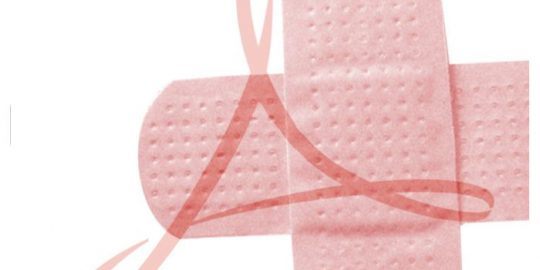 Adobe July patch roundup includes fixes for its ubiquitous and free PDF reader Acrobat 2020 and other software such as Illustrator and Bridge.

Eleven critical bugs in Adobe’s popular and free PDF reader, Acrobat, open both Window and macOS users to attacks ranging from an adversary arbitrarily executing commands on a targeted system to data leakage tied to system-read and memory flaws.

In a Tuesday security bulletin, which included patches for all flaws, the company reported that Windows and macOS versions of Acrobat were equally vulnerable. Adobe added however that it was not aware of any abuse of the bugs in the wild.

Two of the most serious Acrobat vulnerabilities are use-after-free flaws (CVE-2021-28641, CVE-2021-28639) that, in a worst case scenario, allow an adversary to execute code arbitrarily on targeted systems or just create application crashes.

One of the more interesting critical bugs patched is a type of vulnerability called an “uncontrolled search path element” flaw (CVE-2021-28636). The vulnerability class also goes by the names DLL preloading, insecure library loading and dependency confusion. It’s unclear how the weakness was introduced to Adobe Acrobat. The security bulletin links to a generic description of the flaw which states:

“The product uses a fixed or controlled search path to find resources, but one or more locations in that path can be under the control of unintended actors… In some cases, the attack can be conducted remotely, such as when SMB or WebDAV network shares are used,” according to a MITRE description of the vulnerability type.

A heap-based buffer overflow allows for arbitrary code execution by an adversary causing either a program crash, infinite loop restart of a program or a type of denial-of-service attack based on CPU or memory overconsumption. Trend Micro Zero Day Initiative researcher Tran Van Khang is credited for identifying the bug.

One critical flaw (CVE-2021-28596) was reported, and patched, in Adobe’s Windows version of its high-end document processing software FrameMaker. This arbitrary code-execution bug is classified as an out-of-bounds write vulnerability, meaning an adversary could create an exploit that target’s a systems memory, where the malicious software writes data past the end, or before the beginning, of the intended memory buffer. This can either corrupt data, or crash a targeted system or allow a hacker to execute code on the targeted system.